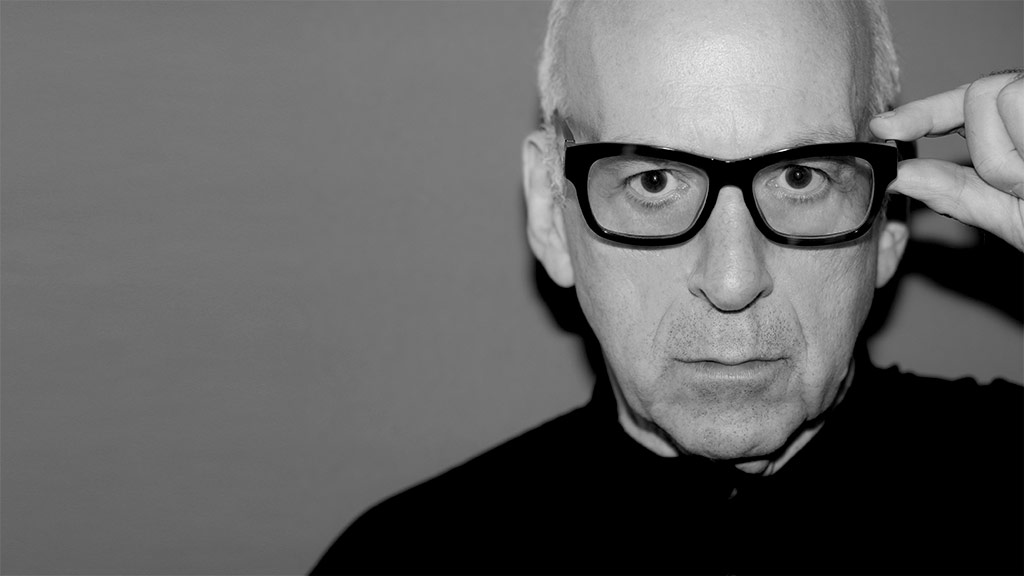 Daniel Miller is the founder and chairman of Mute, one of the world’s most innovative record labels and publishing companies, with a long history of Number One chart successes in the UK, US and Europe.

Since its launch in 1978, Mute has grown from Miller’s one-man operation into an international company with an artist roster that includes Depeche Mode, Grinderman, Nick Cave & The Bad Seeds, Goldfrapp, Maps, Richard Hawley, Erasure and recent signings Josh T. Pearson, S.C.U.M, Polly Scattergood and A Place To Bury Strangers and offices in London, New York and Berlin.
Running parallel to its strong commercial track record, the guiding spirit behind Mute has always been one of artistic freedom and creative adventure. Hence the label’s commitment to artists as varied as Liars, Diamanda Galás, Simon Fisher Turner and NON.

This consistent balance of quality pop, forward-thinking electronica and sonic experimentation not only reflects Daniel Miller’s broad musical tastes. It has also ensured Mute’s continued commercial and critical success through a challenging period in the history of the music business.

Before punk, it would have been inconceivable for someone of Miller’s self-confessed musical limitations to make or release a record. Born in London in 1951 to Austrian actor parents who came to Britain as refugees during the Nazi period, Miller spent his youth making standard 8 movies and dabbling, with little success, in school rock groups.

In truth, Miller was always more interested in electronics and synthesisers than guitars. After school he studied for a diploma in film and TV at Guildford School of Art (1969-72), where he became involved in student politics. After college, he worked as an assistant editor and editor in TV and advertising, before travelling and DJing across Europe. In 1976 he was intrigued enough by the new musical movements emerging from London and New York to return home.

The convergence of punk and electronica, fuelled by the increasing availability of cheap synthesisers, opened up a whole new realm of musical possibilities. While punk was about guitars, Miller believed the synthesiser to be the ultimate instrument. After all, you didn’t even need to know punk’s basic three chords to play it. With a KORG 700S keyboard and a TEAC four-track recorder, he made The Normal’s first single. He initially planned a minimum pressing of 500, but Rough Trade offered to distribute the single nationally, persuading Miller to press 2,000 copies.

Thus Mute was born, but Miller still had no ambitions to become a label boss. Only a year later, when he was introduced to Frank Tovey of Fad Gadget, did the idea blossom. “Fad Gadget was the first artist I decided I would like to release on Mute,” Miller says. “That was really when the label started.”

Further Mute releases soon followed from, amongst others, US noisemaker NON, German electronic duo DAF and the Silicon Teens. The latter were Miller’s fictional cartoon teen-pop creation, based on the concept that a new generation of bands would soon emerge that had grown up playing synthesisers rather than guitars.

In 1980, this prophecy came true when Miller first met Depeche Mode, and offered to work with them on Mute. No contracts were signed, only a handshake agreement on a record by record basis. This groundbreaking arrangement epitomised the artist-friendly ethos of the post-punk independent scene. “Nobody had a contract, nobody had a manager, nobody had a lawyer,” Miller recalls. “And it was all based on a 50/50 profit share.”

As the 1980s progressed, Miller signed partnership and licensing deals with labels in Europe and America, helping to build a network that brought alternative rock and left-field pop to the mainstream without diluting its independent spirit. Mute also launched their catalogue label The Grey Area, an archive for historically important recordings by Throbbing Gristle, Can, Cabaret Voltaire and others. “It’s a home for artists that we loved who were not originally on Mute”, Miller explains.

In the mid 1980s, Miller entered into joint ventures with the prophetic avant-rock label Blast First, whose roster included Sonic Youth, Dinosaur Jr, Big Black and Butthole Surfers and the dance imprint Rhythm King. The latter became prime movers in the emergent house music boom with acts such as Bomb The Bass and S’Express, whose ‘Theme from S’Express’ became the first Number One single on Mute’s family of labels in 1988. As part of the same deal, Mute also distributed landmark early releases by the legendary Sheffield electronic label Warp including Aphex Twin, LFO and Nightmares on Wax.

In 1992, Mute launched its own underground techno label NovaMute, releasing music from Richie Hawtin / Plastikman, Speedy J, Juno Reactor and more. The Britpop boom followed, ushering in a lean period for more left-field and forward-looking labels like Mute. “But just as things were getting really bad,” Miller recalls, “the cavalry came over the hill in the form of Moby.”
Moby’s 1999 album ‘Play’ grew slowly from a modest success into a 10 million selling phenomenon and since then the label has continued to build on Mute’s long history of commercial and critical success. Alongside big-selling albums from Goldfrapp and Depeche Mode, Mute continues to nurture fresh talent and with long term commitment to highly influential artists such as Liars, Diamanda Galás, Boyd Rice / NON, Simon Fisher Turner, Laibach and Can, Mute have shown that the guiding spirit behind their roster has always been one of artistic freedom and creative exploration.

2010 saw the label return to its independent routes and announce a new structure which sees recorded music, publishing and an artist / producer management company brought together under the Mute name.

Today, as ever, Miller remains heavily focussed on Mute’s creative output. He also hosts a monthly show on Radio Eins in Berlin, and occasionally plays minimal techno sets as a club DJ. More than three decades after he founded the label, Mute remains true to Miller’s original vision of adventure, experimentation and artistic freedom.