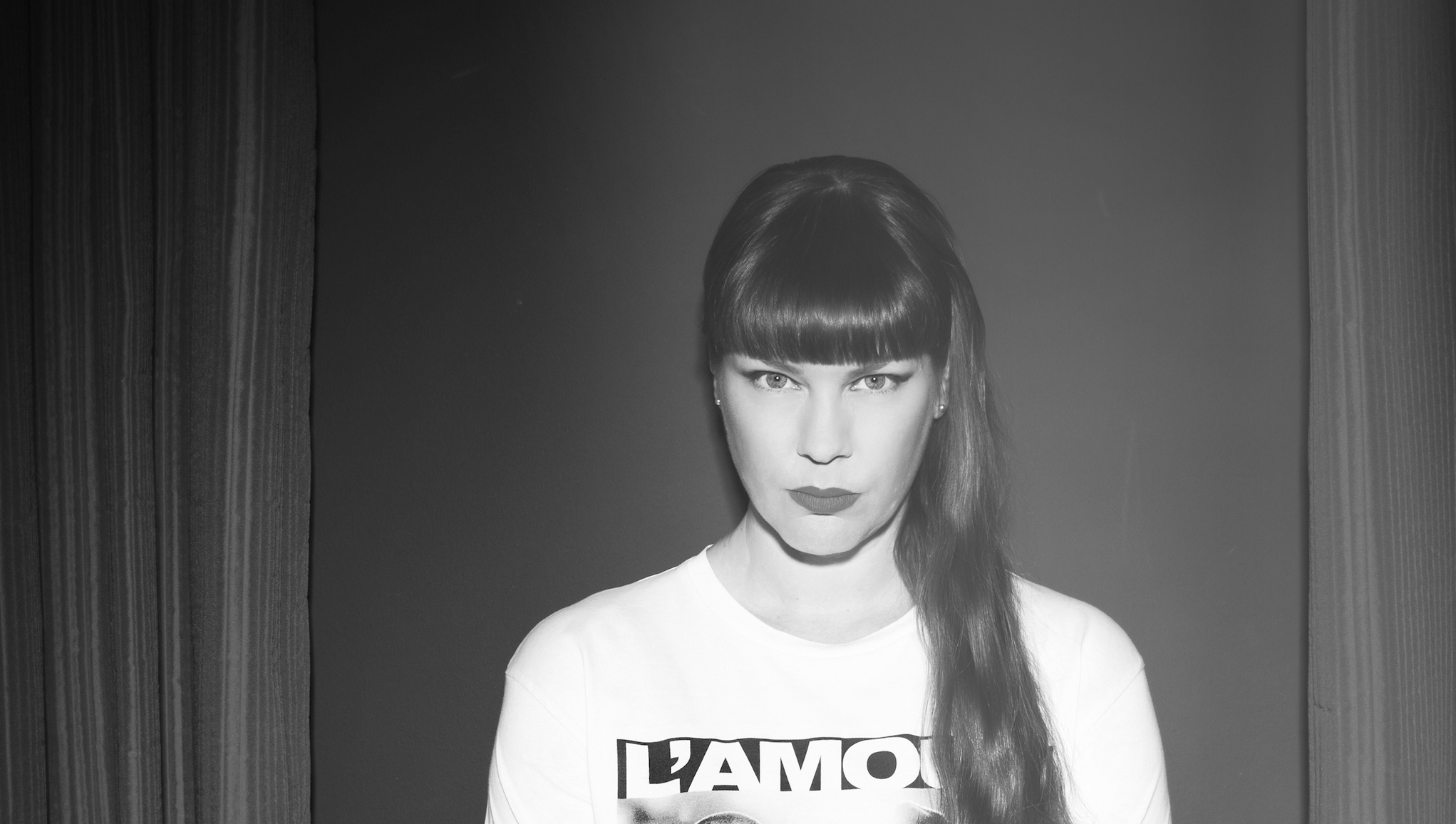 Grenoble born Caroline Hervé, aka Miss Kittin has over the past
years become one of the most inspiring DJs and voices to emerge
within the electronic music scene. Alongside long-time production
partner The Hacker, tracks such as ‘Frank Sinatra’ and ‘1982’
propelled them into the spotlight, whilst further collaborations with
fellow feline Felix Da Housecat’s ‘Silver Screen (Shower Scene)’ and
‘Madame Hollywood’, Golden Boy’s ‘Rippin Kittin’, Sven Väth ‘Je
T’aime’, Steve Bug, Antonelli Electric and T.Raumschmiere to name
but a few, have confirmed Miss Kittin’s star billing status. Miss Kittin
has released three full length albums ‘I Com’ in 2004, “Batbox” in
2008, “Calling From The Stars” in 2013 and two album collaborations
with her all time favorite musical partner The Hacker. Both
collaboration albums were released on her own label ‘Nobody’s
Bizzness‘

However for all her releases and collaborations Kittin’s first and main
love remains DJing, starting out in 1994. From there on Kittin hasn’t
looked back. From playing harder edged Techno, rave classics,
Chicago, Acid and Detroit Techno Kittin has progressed into more
leftfield, Electro and electronic realms. As Kittin says, “I love playing
records, it’s probably the best thing I know to do in life. I do it
because it’s big fun and it makes me free.”

Having spent over a decade cultivating her intransigent image, Miss
Kittin reliably brings all her gusto, charisma and inspiration to the
decks, which have produced many seminal moments of dance-
floor heaven and is rightly placed as one of the most revered and
recognizable artists in Dance music today.